1920s Fashion: A Guide To The History Of Cocktail Rings 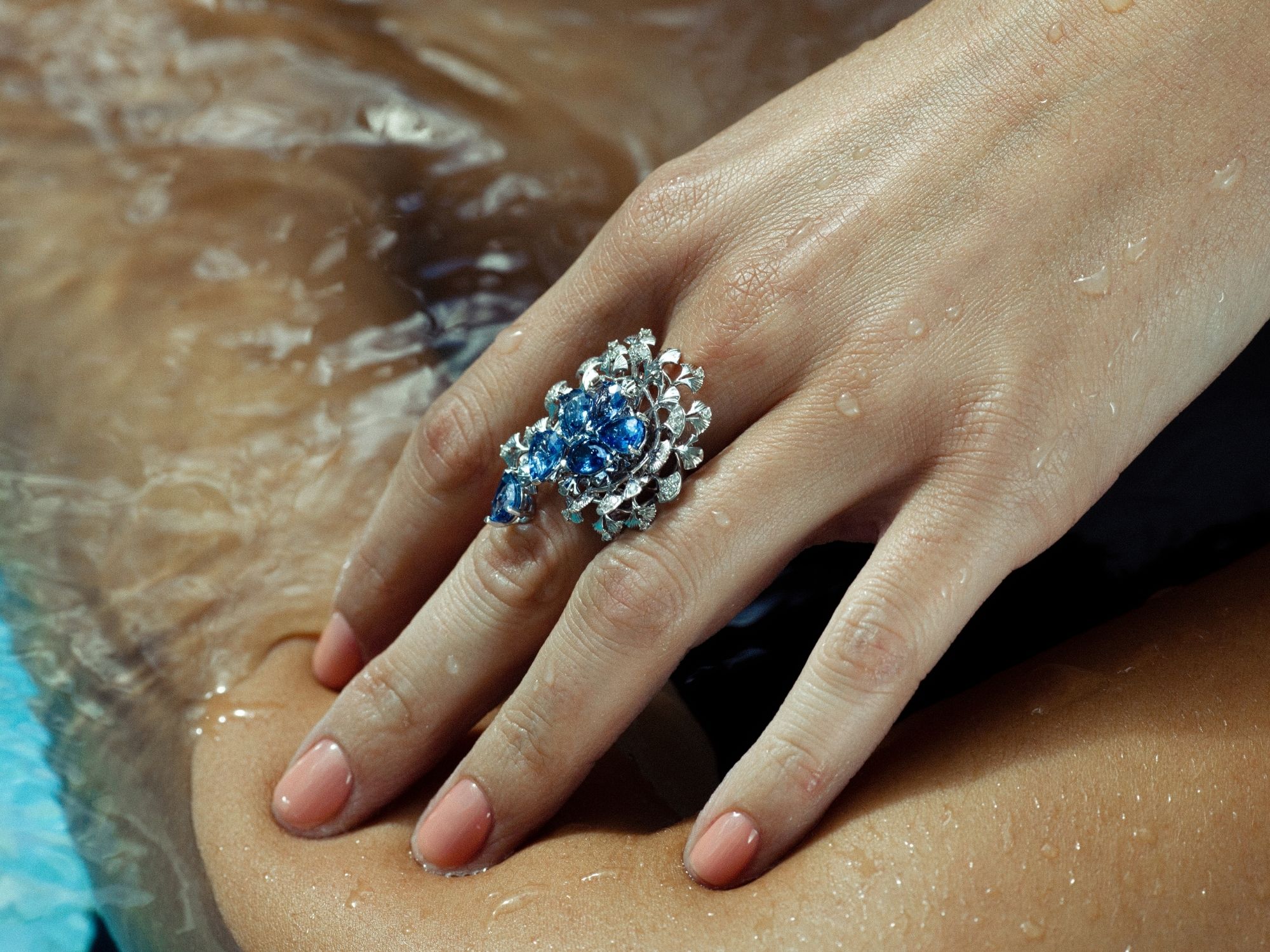 Cocktail rings date back to the 1920s, during the height of the American Prohibition era. During a time when there was a constitutional ban on alcohol across the production, transportation and sale of alcohol across the US from 1920 to 1933, a rise in illegal cocktail parties and speakeasy bars.

During this time, there were many great social changes at play, too. Women were fighting for independence and freedom, with the right to vote and equality changes. This combination of parties and freedom led to a change in women’s fashion, favouring short hair and skirts. Women enjoyed drinking, smoking and going to bars and glamorous parties, which is where the notion for statement Art Deco jewellery and, in particular, cocktail rings, was formed. Let’s delve deeper into the history of cocktail rings and their significance.

As mentioned briefly, the 1920s started a new age for women. With a huge focus on independence and equality, this began to be reflected in women’s fashion and beauty styles. During the jazz age, women would sip cocktails and champagne at glamorous parties, which is when cocktail rings were born, or in speakeasy bars – bars were places where, pre-prohibition, women were unlikely to be found, yet during this time they often frequented or even managed speakeasies. Cocktail rings typically feature oversized and colourful gemstones, which were used as a symbol of independence and a way for women to show off this new era of illicit behaviour.

In comparison to engagement and wedding rings worn on the left hand, cocktail rings were often worn on the right hand, as a further signal of their independence. Many women bought their own cocktail rings with their own money in a way to establish that they were self-sufficient and they were usually worn with glamorous dresses and headpieces for cocktail parties and occasions.

Art Deco jewellery – a term coined for jewellery styles from the 1920s – was focused on sharp and bold geometric shapes. During this era, fashion was all about glamour and there was no better way to show this than with large diamonds and gemstones. Cocktails rings traditionally feature the classic elements of Art Deco jewellery and often, with cocktail rings, the bigger the better!

The most valuable cocktail rings had bold designs and were often adorned with diamonds, emeralds, gemstones, rubies and sapphires that were typically set in gold or platinum bands, surrounded by smaller gemstones to really make them sparkle. They soon became a symbol of wealth and status, proven by the fact that vintage emerald rings are now highly coveted and can be sold for high figures.

Following the 1920s, cocktail rings became a popular accessory for women, with this popularity lasting well until the 1970s, when the popularity of the jewellery piece dipped. This was short-lived, however, as they made a resurgence in the 1980s and have remained a staple jewellery piece since.

Rather than being used purely for the attendance of fancy cocktail parties, many buyers of cocktail rings these days repurpose the gems and bands of which they are set and use them to create smaller jewellery pieces. Cocktail rings are a popular choice for couples looking for Art Deco engagement rings, as they can be redesigned to make them even more unique.