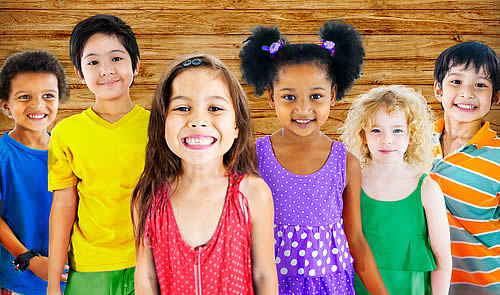 Kids are adult consumers in the future. The kid apparel companies try to influence the buying decisions of parents through campaigns, marketing and sales team. Parents and children are tech and fashion savvy and aware of the number of options available to them. Friends and family members, television ads, the favorite character of movie or sports, parents influence the buying decision of a child regarding the apparel. Popular magazines like sports illustrated, people have started publishing kid and teen versions. These magazines and social media have a great impact and influence on the choice of the dress they make.

Character inspired kids clothing is the latest trend storming the fashion world. Costume makers use iconic characters like Spiderman, Minnie and frozen characters that charm and allure the child and the parents in the same manner. The superheroes from the cartoon and movies are invading in the world of kid garments, footwear, accessories, towels, lunch boxes and even in pencil boxes. Manufactures use the images of these favorite characters to grab the attention of the kids. As children are becoming more aware of the trends and fashions and becoming more independent buyers, the kid’s apparel market is flourishing. Walt Disney frozen characters like Elsa and Anna allures teenage girls, while Spiderman, Hulk, and Ghost Riders appeal to junior boys.

Branded and international brands are becoming more popular, even in tier ii cities. The growing disposal income of the middle class and rapid urbanization has contributed to the growth of the market. Clothing wholesalers and manufactures are coming with new marketing strategies to enter unexplored audience and market. Apart from the famous superheroes and animated characters, some manufactures are developing their animated characters. Reebok is about to initiate a new kids apparel, with its animated character. The use of superhero and cartoon characters on the dress not only increases the sales of the company but also enhances the brand image of the manufacturer.

The kidswear market is growing at stupendous speed and is one of the most lucrative businesses in the world market. The global sale of this domain of clothing has increased from US$131.1 billion in 2010 to $145.6 billion in 2015. In spite of the worldwide slowdown, this industry maintains steady growth. The demographic shift in birth rates and more disposable income is propelling this industry. Amount spends on kids garments have increased substantially, but it varies widely among countries and segments of the society. According to Mat Bodimeade`s publication on an average, a family spend $107.28 annually on their children garments. Parents love to adore their daughters, so spending on their attire is a bit higher $123.79, while that of a boy is $90.77.